ILO Cites Dramatic Drop in Uzbek Use of Forced Labor 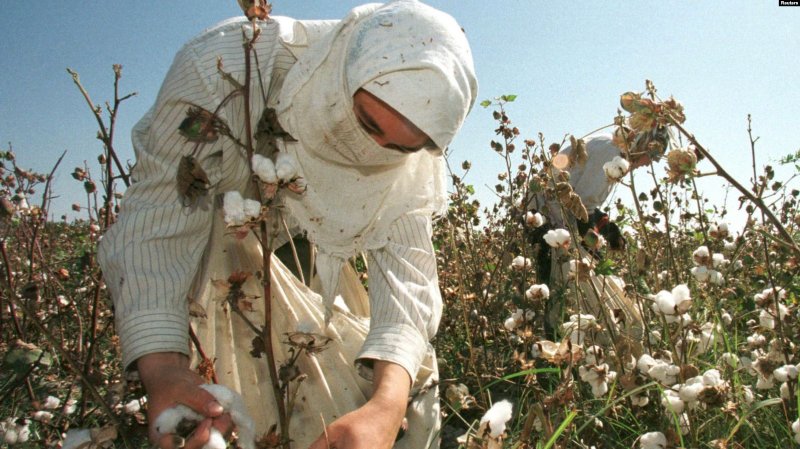 TASHKENT — The International Labor Organization is reporting a dramatic 48 percent reduction last year in the use of forced and child labor in Uzbekistan, which for decades has been listed among the world's worst offenders.


The ILO says wages "increased by up to 85 percent compared to the previous harvest," and that "cotton pickers were paid on time and in full."

Uzbekistan, a leading cotton producer and exporter, is slowly reforming itself to eradicate forced labor, which its officials have publicly recognized as a "stain on the country's image." The U.S. has recently taken Uzbek cotton off its list of products produced with forced or child labor, praising President Shavkat Mirziyoyev's reforms.

Almost one-fifth of Uzbekistan's adult population picks cotton each year, according to the report. More than half are women. But the ILO says schoolchildren and students are no longer mobilized for picking.

Still, the U.N. agency says, "there are many challenges with implementation at the local level," and despite the ILO's top line conclusions, many citizens still complain that child and forced labor persists during the cotton harvest.

Labor Minister Sherzod Kudbiyev says that Mirziyoyev's administration has a clear idea about how to end forced labor and is committed to working with international and local partners.

"Sitting in Washington, facing our harshest critics, discussing the toughest issues and brainstorming how to fight together should tell you something about how much change has taken place in our system," Kudbiyev told VOA during a recent visit to the United States.

Progress, but problems, too

The Cotton Campaign, an international coalition against forced labor in Uzbekistan, sees the progress but disagrees with the ILO on the extent of change.

"We've seen significant progress," Bennett Freeman, one of the campaign's leaders, told VOA. "The real breakthrough came in 2017 when the president publicly acknowledged massive forced labor in the cotton sector going back decades and made a commitment to end it.

"But big challenges remain to dismantle the quota system, to move the whole system of cotton production to the private sector and toward mechanization, and to reduce reliance on cotton as the agricultural sector is reformed."

The ILO found that 170,000 people were still forced to pick cotton in 2018, reflecting a long history of recruiting students, teachers, nurses and doctors as pickers. The ILO and Uzbek officials say there are now rules to prohibit involving the education and health care sectors in the harvest and that remedial measures were taken when those rules were violated.

It is hard to overestimate the importance of cotton to Uzbekistan's economy. According to the World Bank, Uzbekistan is the world's sixth-largest producer of cotton, dedicating 65 percent of its irrigation water and 13 percent of all electricity to the crop.

However with World Bank support, the country has been working to diversify its agriculture sector. The crop accounted for 90 percent of Uzbekistan's total exports in 1992 but just 3.4 percent in 2016. As a share of GDP, revenue from cotton has dropped from 10 percent in 1992 to just 1.8 percent in 2016.

The government is also working to address the central control of cotton production, processing and marketing, a legacy of Uzbekistan's Soviet past.

Deputy Prime Minister Tanzila Narbayeva told VOA the government has launched a "cluster system" aimed at privatizing more than 50 percent of total cotton production, in line with ILO recommendations. "Uzbekistan not only wants to adhere to international laws and standards but to create economic opportunities," Narbayeva said.

In another sign of political reform, Uzbek human rights activists told VOA that they "felt free" to conduct their monitoring during the 2018 harvest season. The ILO trained 200 local labor inspectors, who in turn investigated 2,000 cases of alleged forced labor, leading to 206 officials being sanctioned for violations and fined, demoted or dismissed.

Like other human rights campaigners, Steve Swerdlow, Central Asia researcher for Human Rights Watch, praised the ILO for "appropriately crediting the strides the government has taken to raise cotton wages and work in a new, more cooperative spirit with civil society activists" while disciplining officials.

But, he argued, "the key now is to end the quota system, allow farmers and workers the ability to freely organize, rights activists to monitor the harvest without fear of retaliation, and provide registration for local organizations to operate without interference."