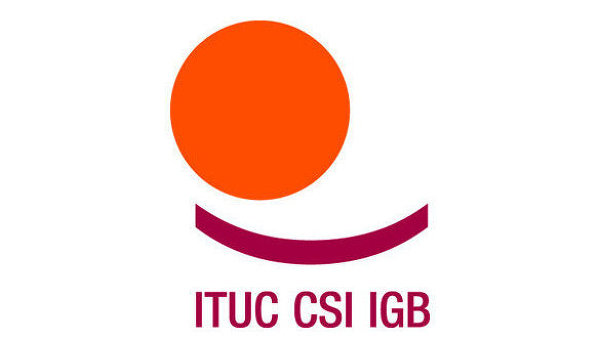 I write on behalf of the International Trade Union Confederation (ITUC), representing 200 million workers in 163 countries, to denounce the persistent violations of trade union rights in Kyrgyzstan.

On 26 April and 29 October 2019, I wrote to you to express concern about the draft legislation on trade unions initiated by some members of the Parliament that violates freedom of association by ending trade union independence and democracy. In addition, we have received reports of governmental interference with internal decision-making processes of the Federation of Trade Unions of Kyrgyzstan (FTUKg), a trade union organisation that has associated-member status with the ITUC.

In line with the Constitution of the FTUKg, its Council met on 5 February 2020 to dismiss Mr Asanakunov from the leadership position; to entrust the interim leadership with its vice president, Ms Ryskul Babayeva, former chairperson of the textile workers’ union; and to initiate preparations for a Congress. Governmental authorities have challenged the legitimacy of these decisions and systematically built up pressure and intimidation towards the FTUKg, its leaders and activists. From February to the present, investigative measures, interrogations, and confrontations have taken place. Several meetings of the FPKg Сouncil were disrupted. Trade unions and members of the FPKg Council are discredited in media and put to shame with false accusations. Governmental authorities seized control over the Federation’s bank account, making it impossible for the organisation to operate. Furthermore, criminal prosecutions were initiated against individual members of the FPKg Council and trade union functionaries, and their private homes and apartments were searched. On 3 June 2020, Ms Babayeva, acting FPKg president, was taken for interrogation by the Bishkek police department. On 10 June 2020, the District Court decided to put Kanatbek Osmonov, deputy president of the FPKg and chairman of the trade union of forestry workers, under house arrest for a period of two months without the right to use telecommunications and Internet communications. Several other members of the FPK Council fear they will be next.

We have reason to believe that these attacks result from malicious abuse of the legislative power and the law enforcement system of the country in the interests of individuals aiming to manipulate the internal trade union decision-making processes. These people do not act in the interest of the majority of trade union members but instead seek to introduce control over the national trade union movement and its most representative democratic organisation – the Federation of Trade Unions of Kyrgyzstan – in order to serve their private personal interests. Democratic decision-making processes in trade union structures are established safeguards to avoid exactly that.

Mr President, trade unions, under virtue of ILO Convention 87, ratified by your country in 1992, organise their activities and make their own decisions in line with their internal rules and procedures, free from any interference from state bodies or any other parties. Regretfully, that is not guaranteed in Kyrgyzstan today.

We urge you, as the guarantor of the Constitutional rights of the citizens of Kyrgyzstan, including the right to freedom of association, to act to ensure that the interference in internal trade union affairs by law enforcement agencies and the prosecution and harassment of individual trade union members and leaders will end, as a matter of urgency. We shall inform the ILO and the EU about these violations of trade union rights in the country and will be ready to support a formal complaint of the FPKg and its unions to the ILO as well as engage other available international mechanisms to ensure that freedom of association is respected in the country, in law and in practice.