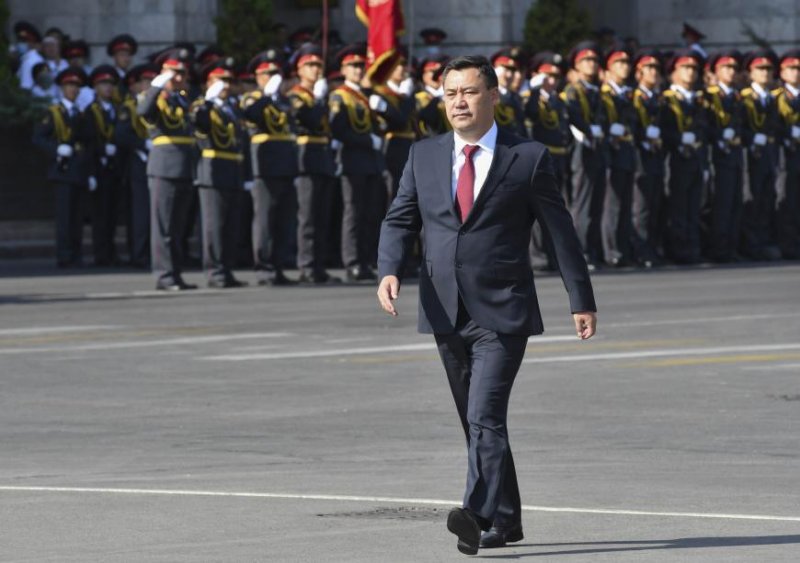 Kyrgyzstan should extend the time for completion of a massive inventory of its legal system, Human Rights Watch said today.

The initial completion date to review and, where appropriate, amend 356 laws was set for December 31, 2021, but it should be extended, to allow for a newly elected parliament to familiarize itself with the process and for proper engagement with civil society and other relevant stakeholders. Rather than pressuring working groups tasked with the review to speed up, Kyrgyzstan should set an example by following international standards on good governance, including for drafting and adopting laws.

“Kyrgyzstan’s government has declared the inventory a legal necessity, but then allocated far too short a time frame, causing hasty assessments, government interference in sensitive issues, and lack of consultation with those affected by these laws,” said Syinat Sultanalieva, Central Asia researcher at Human Rights Watch. “Kyrgyz citizens need to be able to exercise their right to meaningfully participate in this important process.”

Issues regarding the inventory process are part of wider concerns about political developments in Kyrgyzstan since October 2020, when parliamentary election results were annulled. A new constitution adopted in April 2021 contains clauses that violate Kyrgyzstan’s international human rights commitments.

In addition, the caretaker parliament, in operation since October 2020, has acted far beyond its limited mandate. It has initiated, amended, and passed significant amounts of sensitive legislation that undermine Kyrgyzstan’s human rights obligations.

Nongovernmental organizations taking part in the working groups have proposed extending the deadline to December 31, 2022, at least for some laws that are likely to be “contentious.” They include several that address core issues relating to respect for and protection of fundamental human rights and freedoms.

The original deadline falls just a month after parliamentary elections scheduled for November 28, which would give the new parliament barely a month to consider all the issues. It is essential for parliament members to have sufficient time to familiarize themselves with the process and the substance of the laws being reviewed, Human Right Watch said.

In August the office of the United Nations in Kyrgyzstan urged the government to adhere to its commitment to provide ample time for proper consultations with all relevant stakeholders, at all stages of the inventory process.

Experts from the Organization for Security and Co-operation in Europe (OSCE) and the Venice Commission of the Council of Europe, in a joint statement in March on Kyrgyzstan’s constitutional amendment process, noted the commitments that OSCE states, like Kyrgyzstan, have undertaken with respect to the legislative process. They include a commitment to ensure that adoption of legislation is by a public procedure, which comes after an open process of debate, reflecting the will of the people.

The inventory review process was initiated by presidential decree on February 8, but the reviews only started in July, leaving less than six months to carry out the huge task. The process requires assessing the quality and necessity of the 356 laws within the legal framework, and then identifying and addressing any inconsistencies and internal conflicts, particularly with the new constitution and international obligations.

The government established six thematic working groups made up of representatives of relevant ministries and civil society, as well as independent experts. The working groups follow a three-step methodology for the inventory: evaluation of laws according to set criteria; categorization and confirmation of lists of laws to be cancelled, re-approved, or reconsidered; and development of new laws and re-approval of existing laws.

The working groups have reviewed 330 of the 356 laws to be amended, according to civil society representatives. The next step is developing draft amendments for those laws, followed by consideration and potential adoption of the amendments by Parliament.

However, civil society representatives in the working groups told Human Rights Watch that they have yet to be invited to participate in the second stage, and that draft amendments and new laws are being developed within the relevant ministries behind closed doors.

In September the working groups were informed that four basic laws regulating the media in Kyrgyzstan would be subject to the inventory process as well. They are the Law on Media, Law on Protection of Professional Activities of a Journalist, Law on Television and Radio, and Law on Public TV and Radio Channel. Despite recommendations by independent experts and practicing journalists that there is no need to amend any of these laws, the working groups went ahead with the inventory. The most dramatic amendments proposed would return the public broadcasting channel to state ownership.

Civil society groups involved in the inventory process said that the sensitive laws to be analyzed involve the review of public councils that monitor state bodies, freedom of religion and religious organizations, nongovernmental groups, access to government information, guarantees for and freedom of information, peaceful assemblies, the rights of people with disabilities, and the National Center for Prevention of Torture. Other sensitive laws address funding of terrorist activities, countering extremist activities, the Bar association of Kyrgyzstan, national security, civil registry procedures, trade unions, public health, outdoor video surveillance, protection from domestic violence, and guarantees of equal rights and opportunities for men and women.

In parallel with the inventory, the country’s caretaker Parliament has continued amending laws identified for review, threatening to overtake the inventory process. Neither amendment process – directly by Parliament or via the inventory process – involves meaningful public participation and oversight. The section of the Parliament’s website to include the texts of all draft laws under consideration has been under reconstruction for more than a year since Parliament’s servers were  destroyed during mass protests against the official outcome of Kyrgyzstan’s October 2020 elections.

Among the contested laws passed by the caretaker parliament is one on protection from false information, which has already had a chilling effect on independent media and critical voices; and the law on nongovernmental organizations, which introduces unjustified and burdensome financial reporting obligations that may be used to obstruct the work of groups that criticize the government. The parliament also continues to push for passage of a draft trade union law that restricts independent labor union activity, even though the president has vetoed it twice.

“After a year of significant political upheaval, the government of Kyrgyzstan should make certain that the newly elected parliament will have sufficient time to participate in the inventory process,” Sultanalieva said. “Parliament needs time for effective consultations with the public, for incorporating Kyrgyzstan’s international human rights commitments, and in general to make certain that the general public has open access to the process.”