Belarus: Biggest attack on a trade union in Europe this century 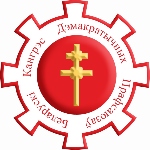 April 19 was marked a black day in the history of the independent trade union movement in Belarus.

The State Security Service (KGB) arrested more than a dozen trade union activists, including almost all the Union leaders. Among them were President of Congress of Democratic Trade Unions (BKDP) Alexandr Yarashuk, vice-president Siarhei Antusevich, and the head of the Free Belarusian Trade Union Mikalaj Sharakh.

One of them, the head of Free Trade Union of Metal Workers (SPM) Aliaksandr Bukhvostau, had a heart problem and was taken to the hospital. For decades the independent trade union movement in Belarus has taken a strong stand against the dictatorial regime of Alexander Lukashenko.

Despite a severe political crackdown, the BKDP has openly condemned Russia’s invasion of Ukraine and demanded the withdrawal of the Russian troops from the territory of Belarus. Global unions, the ILO, Amnesty International, and others have already condemned the arrests and called for a stop of repression against Belarusian Trade Unions.

We demand the immediate release of all the activists and stop the prosecution of independent trade unions in Belarus.