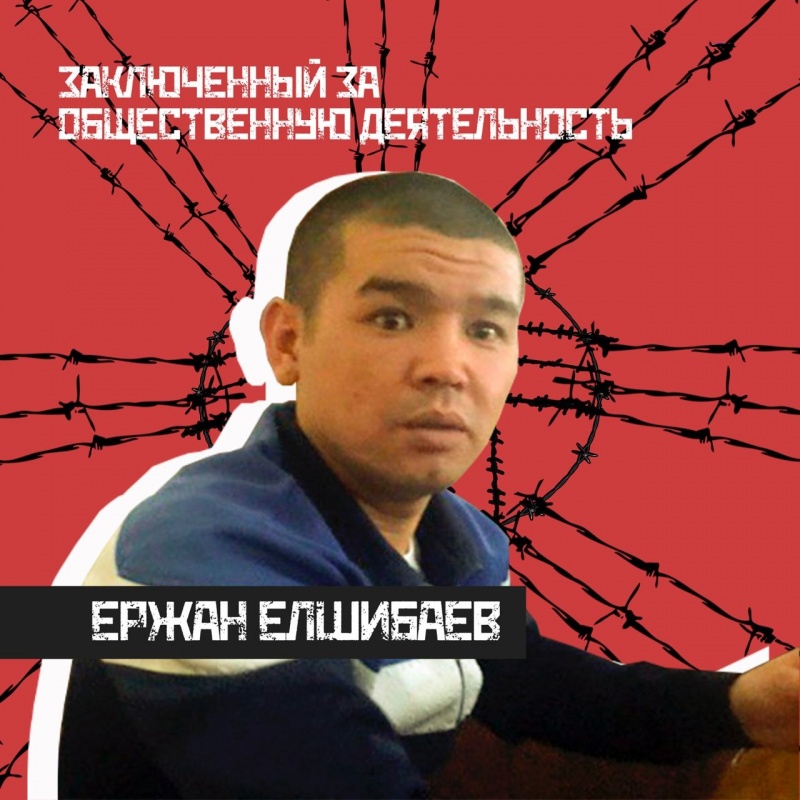 Erzhan Elshibayev, a human rights defender and a worker activist in Kazakhstan has been in prison for over two years now. He is one of the organisers of the 2019 rallies in the town of Zhanaozen to demand higher wages for local workers and the creation of jobs for the unemployed. Zhanaozen is a town in Western Kazakhstan located in the centre of the richest oil bearing region. Yet, for many years, the unemployment rate in the town remains one of the highest in the country.

In October 2019, Elshibayev was sentenced to five years in prison on trumped-up charges. Allegedly, several years before, the activist assaulted an unknown person, inflicting bodily harm. Human rights defenders and Elshibayev himself see those charges as a form of persecution for his public activities and civil activism.

The persecution of Elshibayev continued in the penitentiary as well. He has repeatedly complained of being under pressure from prison guards. As a sign of protest against the unlawful actions of the prison administration, he was forced to inflict injuries on himself in order to call the public attention to his case and his fate. As the prison administration interpreted these actions as 'willful disobedience to lawful demands of the penitentiary officers', Elshibayev now faces a longer term of imprisonment.

We call upon you to show solidarity and send a letter to the President of Kazakhstan to put an end to the persecution of Erzhan Elshibayev, release him from prison and clear him of all the trumped-up charges.