In Namangan, hundreds of hectares sown with vegetables were destroyed to increase cotton production

Radio Ozodlik spoke with farmers from the Pap district of the Namangan region, who reported that the local authorities had ordered the destruction of their crop of vegetables and melons, in order to free the land for cotton planting. According to the farmers, several of them who had spent all their money on planting vegetables on their land was left without a means of income. 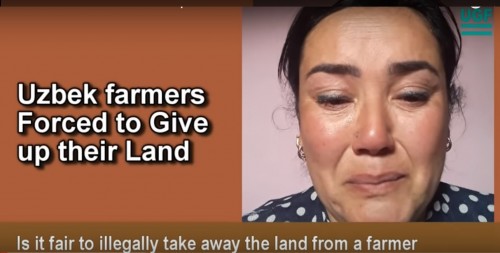 Uzbek Farmers Forced to Give up their Land

zbek farmers Nargiza Mamajonova and Zuhra Azizova have complained to the Ozodlik radio that the state has confiscated their land. Both women said that they had rented abandoned land and invested all their money to establish successful farms. Today they are left with nothing. 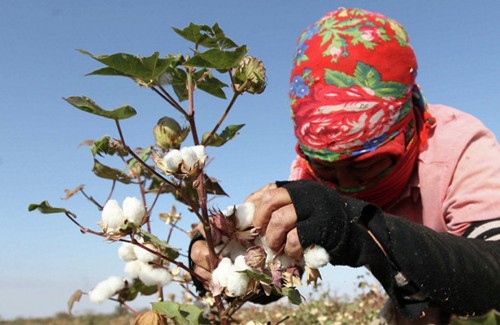 The report is based on 70 in-depth interviews, including with officials, 300 field visits, and monitoring of more than 100 farms. It documents both the significant progress made by the Uzbek government, as well as ongoing forced labor due to structural factors that remain largely in place. Driven by a commitment to reform at the highest levels of government, there is significant transition underway which is reflected in some encouraging signs of progress, but the 2018 harvest showcased the enormous challenges remaining in Uzbekistan’s efforts to end forced labor. 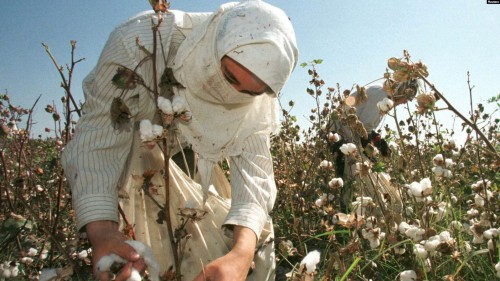 ILO Cites Dramatic Drop in Uzbek Use of Forced Labor

The International Labor Organization is reporting a dramatic 48 percent reduction last year in the use of forced and child labor in Uzbekistan, which for decades has been listed among the world's worst offenders. 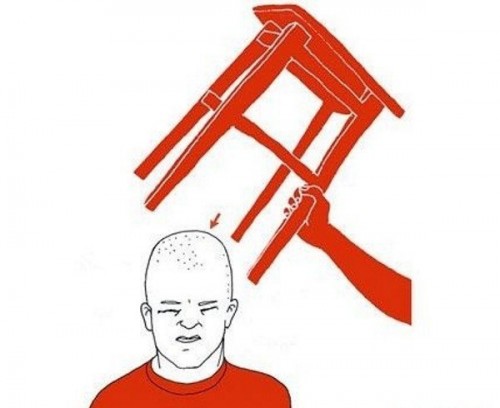 Uzbek-German Forum has received an audio recording of Alisher Salayev, the head of the Gurlen district of the Khorezm region, in which he is heard shouting and using obscene language during a meeting with farmers on March 11  in the building of the Gurlen district hokimiyat. According to the UGF monitor who spoke to an eyewitness, Salayev reprimanded 12 farmers for the failure to go to the Yangibazar district for a seminar held by Uktam Kuchkarov, the deputy of the Khorezm region.

Jizzakh human rights activist Uktam Pardaev is seriously concerned for his own safety and the safety of his family. On February 24, Pardayev told Uzbek-German Forum (UGF) that over the past week, he and his family members have been under surveillance. 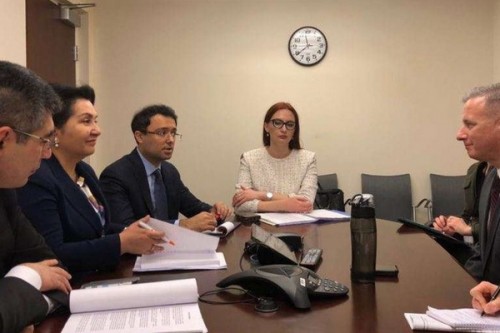 Tashkent, Uzbekistan (UzDaily.com) -- On 4 February 2019, a government delegation of the Republic of Uzbekistan led by Deputy Prime Minister Tanzilya Narbayeva attended the annual meeting of the international coalition Cotton Campaign, which was the initiator of the so-called boycott ”against Uzbek textile products.

The Cotton Campaign hosted the first-ever, high-level delegation of Uzbek government officials to join its annual strategy meeting on February 4 at a pivotal time for reform to end forced labor in Uzbekistan. Building on discussions in May 2018, when a Cotton Campaign delegation visited Tashkent, the two sides agreed on broad areas of further progress that are necessary to achieve lasting reform. The Cotton Campaign and the Government of Uzbekistan also agreed to intensify direct dialogue in 2019 in order to encourage and accelerate the progress of reform. 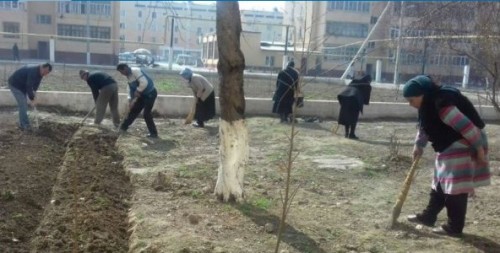 Nurses and teachers in Uzbekistan are being forced by officials to clean streets, plant trees and harvest wheat or face the sack, fines or pay cuts, despite a government drive to end state-imposed work, labor rights groups said on Thursday.