Turkmenistan remains one of the world’s most closed and oppressively governed countries. President Gurbanguly Berdymukhamedov and his associates control all aspects of public life. Elections extended Berdymukhamedov’s presidential term for another seven years. 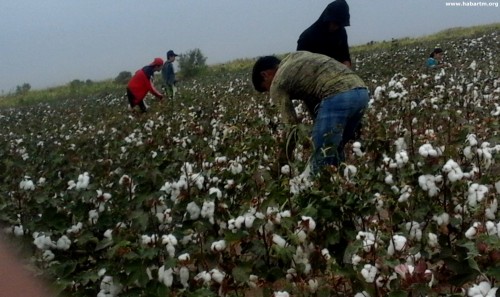 In Turkmenistan, despite a ban on child labor, there are more children and teenagers in the cotton fields for this year’s cotton harvest campaign than in previous years. In addition, for the first time for many years the authorities in several regions of Turkmenistan have orchestrated the mass mobilization of children to pick cotton. 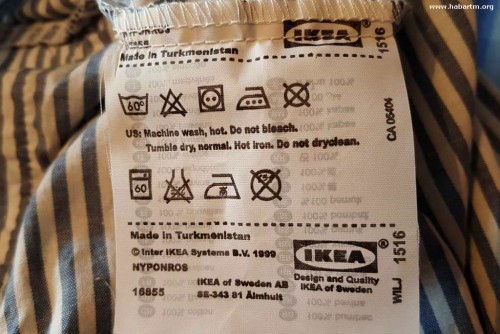 In its final remarks, IKEA also said that it does not exclude lifting the ban and returning to run projects in Turkmenistan “should the situation improve.”
Turkmenbashi Textile Complex was IKEA’s supplier in Turkmenistan and produced beddings under the names «Malou» and «Nyponros» (see photo), ATN’s sources said. IKEA sold these products in many stores across Europe. 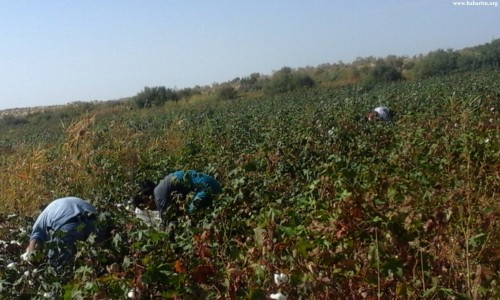 Turkmenistan kicks off mobilization of civil servants for cotton season

Reports from the Turkmen regions of Mary and Lebap said that the authorities have started summoning civil servants for the cotton picking season since August 15. The roll call started with middle school support staff, janitors and guards, while teachers are likely to be called up from the start of the school year. Their participation will be discussed at the upcoming teachers’ meetings ahead of September 1st. 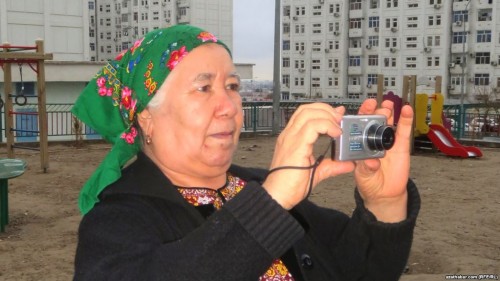 WASHINGTON -- RFE/RL Turkmen correspondent Soltan Achilova reports (in Turkmen) she was threatened with death on July 29, while en route to take photos documenting Turkmenistan’s “Day of Bicycles.” Achilova further reports that today (July 31), the man who made the July 29 threat identified himself to her as a police officer tasked to watch her wherever she goes, and again warned her against taking photos, or she will be “finished.” The threats follow an assault last week when a man tried to steal her cellphone as she was about to take a picture.

The Government of Turkmenistan does not fully meet the minimum standards for the elimination of trafficking and is not making significant efforts to do so; therefore, Turkmenistan remained on Tier 3. Despite the lack of significant efforts, the government took some steps to address trafficking, including the continued implementation of its national action plan for trafficking in persons, adoption of a new anti-trafficking law in October 2016, and amending its criminal code to criminalize trafficking in persons. The government also allows for free legal assistance to those applying for recognition as trafficking victims. However, the new criminal code provision defines the crime of trafficking in a manner not fully consistent with international law and has not yet been implemented. Further, the government continued to use the forced labor of reportedly tens of thousands of its adult citizens in the harvest during the reporting period. It actively dissuaded monitoring of the harvest by independent observers through harassment, detention, penalization, and, in some cases, physical abuse. The government did not fund any victim assistance programs, despite being required to do so under domestic law. 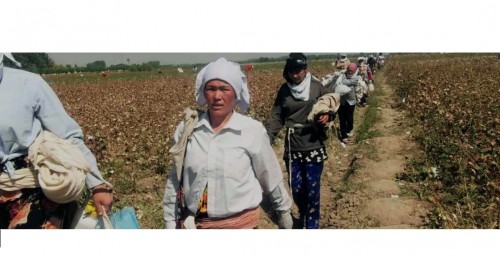 Alternative Turkmenistan News (ATN) reporter Gaspar Matalaev remains imprisoned on false charges of fraud, despite his family’s hope that he would be released in December and again in February, when others charged with the same offense were given presidential pardons. Matalaev likely remains imprisoned due to his work monitoring state-sponsored forced labor in Turkmenistan’s cotton harvest.