CHRONICLE OF THE COVID-19 PANDEMIC IN UZBEKISTAN: RIOTS, ILL TREATMENT AND SUICIDES IN QUARANTINE FACILITIES AMID APPLAUSE FROM INTERNATIONAL ORGANIZATIONS 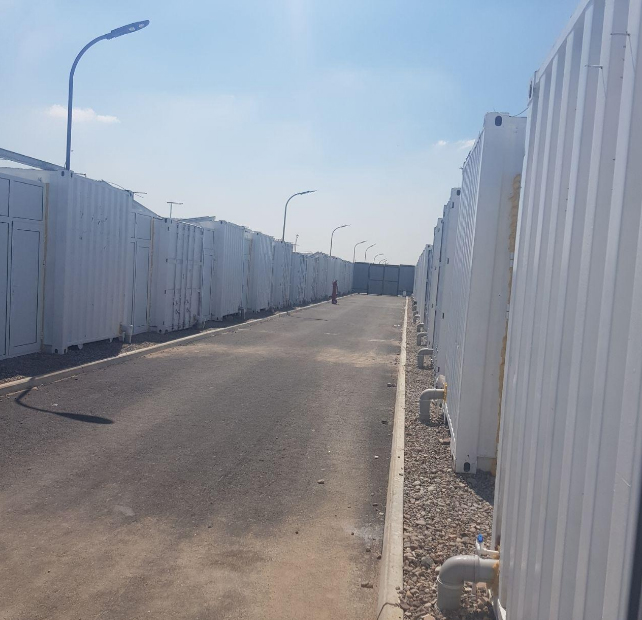 The Special Commission on Combating Covid-19 has strengthened quarantine measures throughout Uzbekistan from July 10 to August 1. The government has restricted traffic, banned events and weddings, closed parks, markets, large shops and gyms, and prohibited people over 65 from going out.

Local media reported that Uzbekistan’s Ministry of Health has exhausted its resources. Hospitals for Covid-19 patients are overcrowded and no more beds are available, according to Habibulla Akilov of the Republican Headquarters for Combatting Covid-19 at a July 8 briefing.

In Uzbekistan, 300-350 Covid-19 patients have been identified in recent days but these are only confirmed cases. “If more than 1,000 cases are identified per day, Uzbekistan’s health care system will “collapse completely,” Akilov said.

Habibulla Akilov said in a separate statement that there were no hospital beds left, even although asymptomatic patients in Uzbekistan have been allowed to receive treatment at home and in hotels. Due to the lack of beds, he said, other patients with chronic diseases are already dying without treatment.

The next day, at a July 9 briefing, Akilov partially refuted his own words and clarified that “there are reserves of drugs and beds in Uzbekistan, but if the daily dynamic growth is maintained, they may not be enough.

In late April, Uzbek Health Minister, Alisher Shadmanov, said that 16,000 beds had been prepared for the treatment of Covid-19 patients in Uzbekistan and that a reserve of medicines had been created for 20,000 patients.

The government also announced the construction of a new 10,000-bed infectious disease hospital near Tashkent to receive Covid-19 patients which was scheduled to open in early May.

On July 8-9, a riot took place in “Urtasaray” quarantine facility, located in the Urtachirchik district of Tashkent region. A video, which appeared on social networks and was published by the media, shows people in the facility trying to open a locked iron gate and climbing on to the roofs of containers, screaming and demanding their release. Detainees in the facility interviewed by Ozodlik said that the reason for the riot was that some of them had been in there for 30 days – well over the 14-day quarantine period – but had not been allowed to go home and had not been given any explanations as to why.

As local web site “Asia-Terra” reports, the video shows a closed quarantine facility which resembles more of a prison, with similar regimes and procedures, and appears to be overcrowded. The footage shows several angry women wearing masks loudly scolding the administration with desperate cries of “Open up! Let us out!”. They then begin to kick the metal gate and walls. The facility is made of steel, inappropriate for high July temperatures. Only the women, not the men, vent their frustration.

One of the young women speaks emotionally to the camera describing the neglect by medical workers of the camp. “I’ve been here since the 20th day [from June 20th – Ed.]. Today is July 8th – that means 18 days [instead of the standard 14 days in accordance with quarantine requirements – Ed.]! Since yesterday afternoon [July 7 – Ed.] until now we have not had anything to eat. No one responds to our cries and pleas!” she says in Kazakh. The woman says the guards on the outside respond to each call and knock on the door with obscenities so that the “prisoners” do not annoy them.

At the end of June, a doctor, Alisher Uralov, died in the same “Urtasaray” quarantine facility. Local media published an interview with his daughter, Shakhnoza Khasanova. She said that on June 14, her father was threatened with dismissal and forced to go to “Urtasaray” to treat coronavirus patients, despite the fact that he had a medical precondition and therefore belonged to a higher risk category. “My father was not afraid of work. But he was 52 years old and suffered from hypertension and diabetes”, she said.

“Urtasaray” is the largest quarantine facility in Uzbekistan and was erected on an area of 55 hectares, consisting of 24 blocks and 3,467 containers each with four beds. According to official figures, “Urtasaray” accommodates more than 20,000 people which suggests the facility is severely overcrowded.

A shocking video message from labor migrant, Badalov Palvon, from the city of Rishtan in the Ferghana Region, which appeared on the Internet on June 27-28, described police brutality against his wife and children who were detained in the quarantine facility of the Yukorichirchik district of the Tashkent region after arriving from Moscow.

Badalov Palvon currently lives in Moscow. He said that his wife and two children (two and five years old) were flown out of Moscow to Tashkent on a charter flight organized by the Uzbek embassy costing him approximately $800 on July 8 and were required to spend 14 days in the quarantine facility. They were kept in quarantine for more then 14 days because they were told that their test results were not yet ready. The five-year-old girl fell from her bed resulting in injury but guards refused to call a doctor. When Badalov’s wife complained and demanded a doctor, the woman was beaten by a guard. A guard then locked her in a dark container for half an hour and only let her out to see her children after she promised not to complain or ask for anything.

In a more tragic case, another detainee from Ferghana, who arrived on June 15 from Moscow, committed suicide in the same quarantine facility in Yukorichirchik under suspicious circumstances. According to the Prosecutor General’s Office of Uzbekistan, he allegedly behaved aggressively from the day of arrival and refused to eat and share a room with other men. After being placed in a separate room, he was found hanged on June 20. A post-mortem examination showed that he had not been infected with Covid-19.

“The coronavirus is certainly scary, but what is happening today in forced quarantine is terrifying”, wrote Aleksey Volosevich, chief editor of the local independent web site AsiaTerra.

Applause from the International Community

On June 24, 2020, representatives of the UN, OSCE, the World Health Organization, the National Center for Human Rights of Uzbekistan, as well as representatives of the media visited “Urtasaray” quarantine facility. According to OSCE Project Coordinator in Uzbekistan, Ambassador John McGregor, Uzbekistan’s experience in combating the spread of the Covid-19 can be an example for all states in the OSCE area. He emphasized that according to World Bank estimates among the OSCE member states, Uzbekistan is the only country with a forecast for an increase in GDP, which once again demonstrates that the policy of the President of Uzbekistan is correct.

Uzbekistan is set to receive an additional $ 100 million from the Asian Development Bank (ADB) and $ 100 million from the Asian Infrastructure Investment Bank to the $3.3 billion of aid already promised to the Uzbek government by various international banks to combat the impact of Covid-19. This was announced during a video conference between the Minister of Investment and Foreign Trade of Uzbekistan, Sardor Umurzakov, and the President of the ADB, Masatsugu Asakawa, on July 13.

Uzbek Forum has received dozens of complaints from employees of various organizations, including medical staff, who were forced to take unpaid leave from the end of March when quarantine measures were first announced.

Radio Ozodlik recently reported that nearly 150 doctors and nurses of the central hospital, maternity hospital and polyclinic in the Kasan district of the Kashkadarya region were forced to take unpaid, unlimited leave from July 10.

Doctors who spoke to Ozodlik said that management had given them a verbal order to take leave without any written agreement. A lawyer from the regional health department acknowledged that doctors were told to take unpaid leave, adding that this happens solely on a voluntary basis.

A nurse at the maternity hospital in Kasan district informed Ozodlik that 35 doctors and nurses had also been sent on compulsory unpaid leave since July 15. She said, “Yesterday, head physician, Nargiz Begimova, asked us not to come to work the next morning and to take unpaid leave. When we asked the reason, she referred to financial difficulties.”

The Misery of Uzbek Migrant Workers Left in Limbo

On July 14, online news platform Meduza published an article on the plight of Uzbek migrant workers stranded at the Russian-Kazakh border as they attempted to make their way home. The tightening of travel restrictions by Kazakh authorities has resulted in returning migrants being refused entry to cross the border. The report describes makeshift camps, lack of drinking water and food and the failure of the authorities to give clear and reliable information to thousands of desperate migrant workers. Some have been stuck at the border for weeks with no knowledge of how long they will need to wait for permission pass through Kazakhstan. With no work in Russia and few prospects back home, Uzbek migrant workers and their families have paid a heavy price during this pandemic.