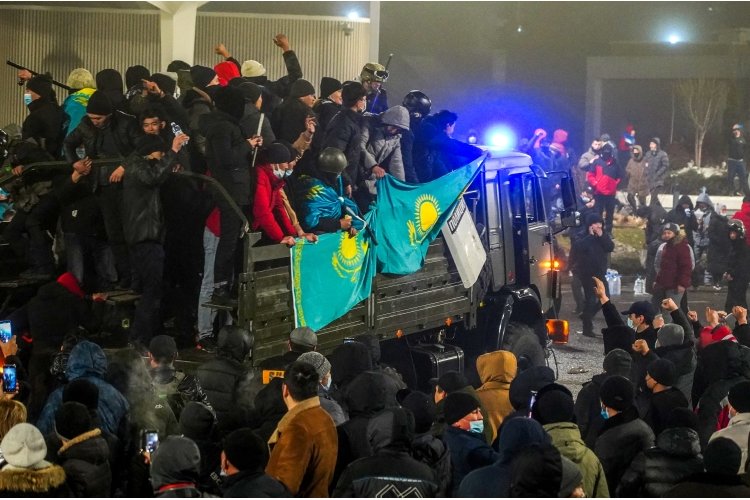 The ITUC deplores the killing of more than 160 people in the recent violence in Kazakhstan and calls for a full, open and public inquiry into the circumstances of all the deaths, as well as the damage to public and private property.

Those responsible must be brought to justice.

The ITUC denounces the temporary detention on 6 January of several trade union leaders who were released following immediate intervention by the ITUC and calls for all innocent detainees to be released. Some 8,000 people remain in detention.

The tragic events in Kazakhstan were triggered by extreme inequalities and social divisions, by the inability of the government to ensure just and equitable development in one of the richest countries in the region, and the absence of democracy and engagement with independent unions and civil society generally.

Under these conditions, it was no surprise that peaceful protests turned into a spiral of violence, leaving people killed and injured and infrastructure destroyed.

ITUC General Secretary Sharan Burrow said: ”Kazakhstan is yet another example of a government enabling the extraction of vast national wealth by a few oligarchs at the expense of the people, and this inevitably causes not only poverty and precarity, but massive discontent.

“Fundamental change is needed to put the economy at the service of the people, with decent jobs, pensions, public services and universal social protection overall. Any government that sees its role as simply supporting the free market and protecting the wealthy can be neither excused nor sustained.

“Central to Kazakhstan’s future must be full respect for ILO standards, in particular on freedom of association and collective bargaining, and genuine social dialogue.”