"LESSONS OF KAZAKHSTAN": THE FNPR ASSESSED THE EVENTS 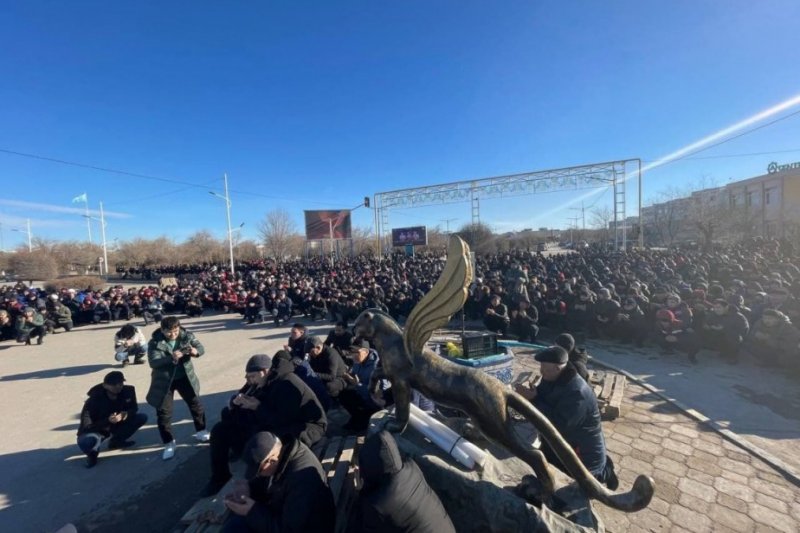 The Federation of Independent Trade Unions of Russia analyzed the events that took place in Kazakhstan in the first days of 2022. The statement of the largest trade union center of Russia, posted on the official website of the organization, expresses sympathy for the Kazakh people.

“The FNPR expresses sympathy for the fraternal Kazakh people, mourns with them for the victims of the riots. We support the statements of the Kazakh trade unions, which give their assessment of what happened. But at the same time, we in Russia must draw important and hard-hitting conclusions for ourselves. Benefits for employees! Rights for trade unions! Strength to the country!” the document says.

The trade union center is confident that the causes of the tragic events in Kazakhstan make us take a closer look at the social and economic problems that are characteristic of many post-Soviet countries. At the same time, the FNPR draws attention to the fact that the rise in prices, the increase in taxes and fiscal requisitions, the vulnerability of people and enterprises from judicial arbitrariness are characteristic not only of Kazakhstan.

“We don’t want our offices and shops to be smashed in Russia, just like in Kazakhstan, and ordinary people to die. But there are not enough words to resist this. We need a more resolute turn of the state towards the growth of incomes of workers and pensions, including the indexation of pensions of working pensioners. We need a meaningful dialogue between representatives of government, business and trade unions, which today is sometimes replaced by formalities. It is necessary to expand the rights and guarantees of the activity of trade unions, as a party representing organized workers in all spheres of life,” the trade union center is sure.

In addition, the full version of the document lists the reasons that, from the point of view of the FNPR, lead to unrest similar to those in Kazakhstan. In particular, large-scale performances take place:

- if you do not fight social inequality and poverty of the population;

- if we assume that the market itself will solve all problems, leaving the role of the "night watchman" to the state;

- if you transfer key enterprises of the economy to foreign ownership and introduce de facto extraterritoriality for them in relation to labor legislation;

- if for a long time purposefully restrict the rights of trade unions with the help of pseudo-legal tricks;

– if we evade meaningful dialogue with workers through their representatives – trade unions – and use military force (execution in Zhanaozen in 2011) instead of social partnership;

- if officials from the ministries are “landed” in the trade unions for leading positions, a situation will develop that can be used by an external or internal force in the struggle for power, to destabilize or even the possible collapse of the state.