The ITUC has written to the President of Kazakhstan, Nursultan Nazarbayev, to demand the release of imprisoned trade unionists and an end to repression of the ITUC-affiliated Confederation of Independent Trade Union of Kazakhstan KNPRK and its affiliates. 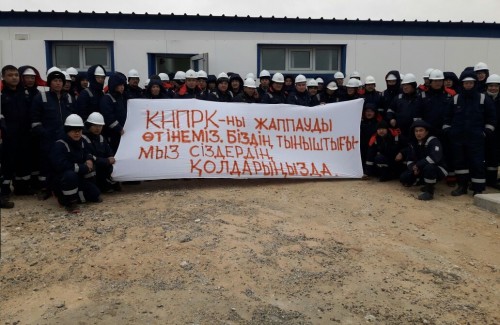 Kazakhstan’s main independent trade union confederation is fighting for its life, as a court reviews a “justice” ministry bid to have it shut down.

The legal onslaught on union organisation comes after a four-year drive against opposition political parties and independent media. Nevertheless the workers’ movement is not beaten: strikes, even where organised outside the law, are forcing employers and state authorities alike to back off.