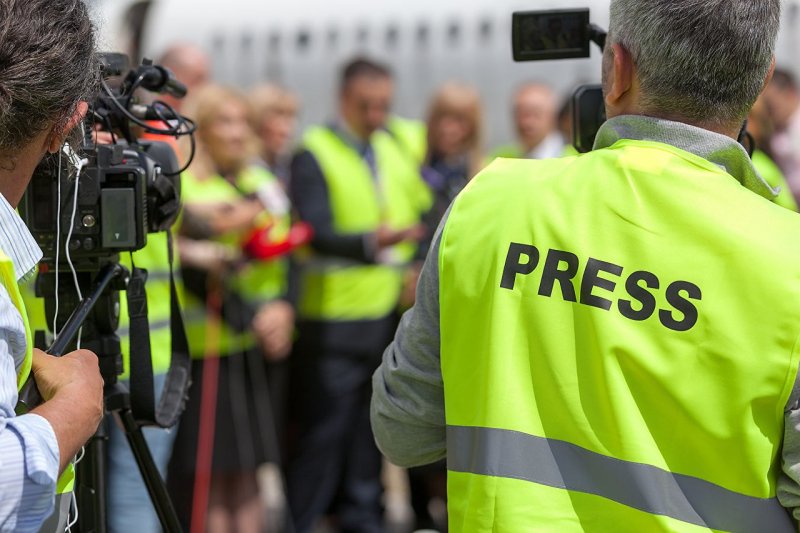 (Bishkek) – Kyrgyzstan authorities have stepped up the harassment of journalists and independent media with a slew of criminal investigations into their work in recent months, Human Rights Watch said today.

On March 29, 2022, following a motion by the Prosecutor General’s Office, a Bishkek district court found that a privately owned media outlet, Next TV, was “extremist” for reposting a commentary by a Ukrainian media outlet, Ukraine Now. The post implied that Kyrgyzstan would lend its military support to Russian forces in Ukraine. The court sent Next TV’s director, Taalaibek Duishenbiev, for pretrial detention on charges of inciting inter-ethnic hatred for reposting the commentary.

“The Kyrgyz authorities say they protect freedom of expression, yet try to silence critical voices and clamp down on independent media through criminal investigations and bogus charges,” said Syinat Sultanalieva, Central Asia researcher at Human Rights Watch. “The authorities should release Taalaibek Duishenbiev, and drop all unfounded charges against him and other media targets that violate the right to freedom of expression.”

On March 3, the State Committee on National Security (SCNS) initiated a criminal investigation into Next TV for reposting the article, and police raided the office, detaining Duishenbiev, confiscating equipment, and ultimately sealing off the office. Both the prosecutor and the security agency can bring charges, but the security agency brings charges relating the threats to national security.

On March 5, a Pervomaiskiy district court ordered two months of pretrial detention for Duishenbiev and said he would face charges of inciting interethnic hatred, under article 330 of the Criminal Code, for reposting the commentary on the channel’s social media accounts. If convicted, Duishenbiev faces up to seven years in prison. On March 24 the Bishkek city court upheld the district court’s pretrial detention order. This decision cannot be further appealed.

Next TV’s lawyers appealed the decision to seal off the outlet’s office. But on March 22, the district court dismissed the appeal, leaving the outlet’s staff without access to the equipment and materials they use for their work.

Also on March 22, the Prosecutor General’s Office submitted its motion to the same Pervomaiskiy district court seeking a declaration that the reposting of the commentary was “extremist.” It also sought an order to stop Next TV from operating or distributing its media products on other online and offline news platforms.

On March 29 the district court ruled that the reposting was “extremist,” but dismissed the motion to prohibit the outlet’s work. The station’s lawyers are appealing the “extremist” determination to the Bishkek city court.

On March 5, the Kyrgyzstan ombudsperson, Atyr Abdrakhmatova, called on the courts to look into the legality of the security services’ closure of Next TV’s office.

Next TV is the third media outlet targeted by Kyrgyzstan authorities in recent months. On February 1, the Pervomaiskiy district prosecutor’s office initiated a criminal investigation into the reposting by Kaktus.Media of an article by a Tajik media outlet, Asia Plus, about a Kyrgyz-Tajik border skirmish on January 27. The Tajik article incorrectly alleged that Kyrgyz soldiers fired the first shots, provoking the response by Tajik military.

The prosecutor’s office said that these allegations constituted a criminal offense under Article 407 of the Criminal Code, “propaganda of war” and distribution of information aimed at “provoking aggression of one country against another or igniting a military conflict.” The investigation is ongoing. The penalty for conviction is a fine of up to 100,000 Kyrgyz soms (US $1,180) or up to five years in prison.

On January 22, Bishkek city police detained an investigative journalist, Bolot Temirov, director of Temirov Live, an independent online outlet, and former co-host of Factcheck.KG, a project that works to refute false claims and propaganda, on charges of illegal drug manufacturing. The police also searched his office and confiscated computer processors, hard drives, and documents. Temirov was released that same day with instructions not to leave the country. Temirov maintains that drugs allegedly found during the search were planted.

Many in the Kyrgyz media view the case as retaliation for his team’s investigation into dubious fuel export schemes related to the State Committee for National Security’s leadership. The report of that investigation had premiered on the outlet’s YouTube channel just two days before the authorities raided his office and detained him.

On January 31, Kyrgyzstan’s Institute of Media Policy called the drug manufacturing charges against Temirov Live and calls for investigation into Kaktus Media’s reposting a “massive attack” on freedom of expression. On February 15, dozens of journalists, media outlets, and expert organizations signed an open letter on the issue.

This harassment of investigative journalists and independent media outlets is taking place against the backdrop of other efforts to censor freedom of speech. On February 21, the Ministry of Culture, Information, Sports, and Youth Politics submitted for public consideration a draft decree to carry out the law On Protection from False Information, signed by President Sadyr Japarov on August 23, 2021. Human Rights Watch had previously reported that the law paves the way for state-managed censorship and runs counter to Kyrgyzstan’s national and international human rights obligations.

The draft decree would allow a person alleging that an outlet has published false information to ask the owners of the website or the social media page to take down the information. If they refuse, the person would be able to ask a to-be-established Communications Regulation and Supervision Service under the Ministry of Digital Development to suspend the website or page for up to two months.

The Kyrgyz Association of Telecom Operators has said that this decree would be impossible to carry out, and that it would undermine the Electric and Postal Communications law, which says that only a court can order restrictions on access to information if it rules that the information infringes on a person’s honor and dignity.

“Investigative journalism is an important cornerstone of a free and democratic society, and Kyrgyz authorities should immediately stop trying to stifle it, whether through bogus criminal investigations or oppressive laws,” Sultanalieva said. “They cannot just pay lip service to the importance of freedom of expression, but need to demonstrate they are upholding their international human rights obligations.”