Tajikistan: Buzurgmehr Yorov is in punitive confinement. His life is under threat. 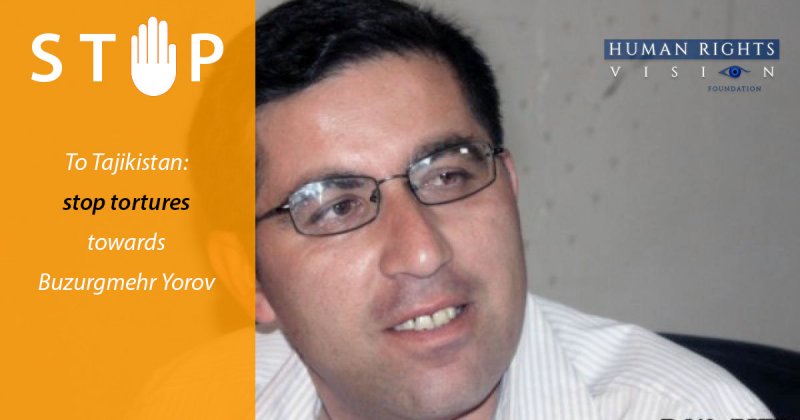 Relatives of Buzurgmehr are also under constant pressure through threatening and intimidation. They are forbidden to tell anybody anything on situation of Buzurgmehr.

In response to this, just after spreading the information on his condition, Buzurgmehr was putted into punitive confinement on unclear reasons. Such actions from Tajikistan authorities’ side can be classified as message that talking about violations, tortures and cruelty towards imprisoned persons in Tajikistan is dangerous. The attention of international community to the lawyer’s case leads to more cruel reaction from the authorities’ side.

To recap, Buzurgmehr Yorov is sentenced to 28 years of strict regime for his professional activity for politically motivated cases.