The Cotton Campaign welcomes the challenge put forward by Uzbekistan’s Minister of Labor Khusanov to end the Uzbek Cotton Pledge and work collaboratively to “enter a new chapter of reform” and to promote employment opportunities for the people of Uzbekistan. Indeed, since forming in 2007, the Cotton Campaign has worked to end the state sponsored forced labor system that has held the country back for so long. Now the Cotton Campaign is taking the initiative to develop a framework to encourage responsible sourcing, while providing brands with assurances that forced labor is addressed and civil society is empowered.

“The issue is not whether to end the pledge but when and how to do so, and above all how ending the pledge can become a catalyst for responsible sourcing and investment that supports labor and human rights in a reforming Uzbekistan,” said Bennett Freeman, Cotton Campaign co-founder and former U.S. Deputy Assistant Secretary of State for Democracy, Human Rights.

In meetings with Minister Khusanov and other senior Uzbek government officials in Tashkent in late January, the Cotton Campaign reiterated its commitment to review the pledge supported by 305 global apparel brands and retailers to not knowingly source cotton from Uzbekistan until forced labor has been eliminated. That evaluation is underway by considering the observations of the 2019 harvest and the overall progress of government activities consistent with the Cotton Campaign’s Roadmap of Reforms put forward in June 2019.

While in Tashkent, the Cotton Campaign acknowledged and applauded progress made on reforms, yet also registered serious concerns over a lack of progress on civil society freedoms and ongoing forced labor in the 2019 harvest. The continuation of forced labor is documented by frontline partner, the Uzbek Forum, as well as by the International Labour Organization, which found more than 100,000 people forced to work in the recent harvest and that legacy systems continued to create risks of forced labor.

The global crisis of COVID-19 has had a devastating effect on the apparel industry worldwide, with steep drops in production orders, defaults on existing contracts, and layoffs of apparel workers in retail stores as well as throughout supply chains. These developments, together with the continuation of significant forced labor in the 2019 harvest, create significant barriers for brands to initiate new sourcing agreements in Uzbekistan.

“We recognize and are heartened by the progress that Uzbekistan has made toward ending forced labor, and members look forward to considering sourcing from Uzbekistan,” said Nate Herman, Senior Vice President, Policy, at the American Apparel & Footwear Association. “However, given brands’ zero tolerance policies on forced labor, anti-slavery legal requirements, and the ILO’s findings that more than 100,000 cotton pickers worked under forced labor conditions in 2019, brands need additional assurances of worker protections. Despite the ongoing global pandemic, these assurances are essential for our members.”

Together with brands and other local and international stakeholders, the Cotton Campaign is developing a robust framework to monitor and remediate forced labor, empower workers and farmers, and encourage sourcing from Uzbekistan. At the core of this approach will be enforceable commitments to strong labor rights protections, including unhindered monitoring and grievance remediation, as well as anti-corruption measures, all consistent with international standards and best practices.

Despite significant steps towards ending systemic forced labor and enacting structural reforms, progress has lagged on empowering civil society, including registering independent NGOs and creating space for workers to organize independently. As part of its roadmap, the Cotton Campaign has called on the government to allow a free and vibrant civil society to develop, which will help promote transparency and accountability—and in turn create a climate for responsible investment.

“Any system we set up with brands to protect workers and farmers will only be effective if the Uzbek government does its part not only to pass reforms, but also to enforce them,” said Patricia Jurewicz, Cotton Campaign co-founder and vice president of Responsible Sourcing Network. “This is critical both to eliminate forced labor and to establish ethical supply chains that brands trust.”

Although plans to return to Uzbekistan in late March with representatives of several brands to continue the discussions were postponed by the COVID-19 crisis, the Cotton Campaign looks forward to continuing its constructive engagement with the Government of Uzbekistan. The coalition will also intensify its own deliberations to meet the historic challenge—and opportunity—to support the completion of the reform process through concrete steps to promote responsible sourcing and investment that benefit Uzbek workers, farmers, and civil society.

Uzbek Forum for Human Rights is a Berlin-based NGO dedicated to improving the human rights situation in Uzbekistan and strengthening and promoting civil society.

Responsible Sourcing Network is a U.S.-based NGO that champions human rights with vulnerable communities in the mining and harvesting of raw materials found in every day products. 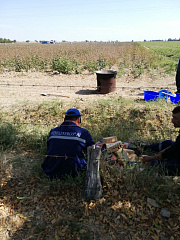 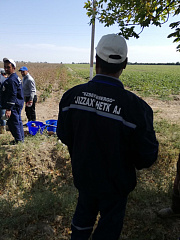 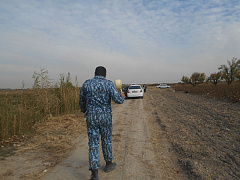