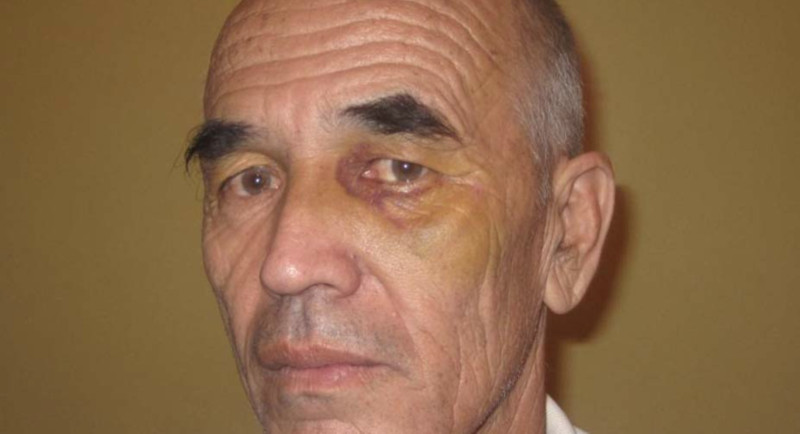 
The death of the award-winning journalist and human rights defender Azimjon Askarov on 25 July in a Kyrgyz jail was the culmination of a series of injustices and repeated flouting of accountability by the Kyrgyz government.

His death – officially by pneumonia but probably of Covid-19 – is no reason to give up the fight for justice.

On the contrary, it has become even more crucial that the EU, UN, and other multilateral institutions, governments and donors demand that the Kyrgyz government unconditionally complies with the nation's commitments to human rights and the rule of law.

The Human Rights Dialogue between the EU and Kyrgyzstan, scheduled for 24 September, is the best forum to demand answers.

First and foremost, EU officials should demand accountability for the death of our fellow human rights defender, who was wrongfully imprisoned for 10 years.

They should insist on his complete post-humous exoneration, and ensure that his family receives compensation not only for his death but for all they have suffered throughout his decade-long imprisonment.

Azimjon Askarov, an ethnic Uzbek from southern Kyrgyzstan, was the director of a regional human rights organisation called Vozdukh (Air).

He was a recipient of prestigious awards bestowed to him by the US Department of State (2014), the Committee to Protect Journalists (2012), and People in Need (2010).

Prior to his arrest and imprisonment, Askarov exposed injustices committed by the regional police and prosecutors. As his own case would later show, these authorities were experts in fabricating criminal cases against ordinary people and abusing those they had sent to jail.

Askarov's reporting on the abuses destroyed their careers. In return, they made him and his family suffer until he died in jail on 25 July 2020.

Pneumonia was indicated as the cause of death, but it would be naïve to believe that a decade of cruel treatment and injustices committed by all levels and branches of the Kyrgyz governments did not play a role in killing Askarov.

We wish to join the call by Mihra Rittman from Human Rights Watch, whose op-ed in The Washington Post called for accountability for his death.

We also fully endorse the statement by Maria Arena, chair of the subcommittee on human rights in the European Parliament.

In her statement, she questioned Kyrgyzstan's commitment to human rights, and urged her colleagues at the parliament – which called for his release – to remember Askarov's fate when they are to vote on the comprehensive agreement between the EU and Kyrgyzstan later this year.

Askarov maintained his innocence from the day of his arrest in June 2010 up until his death. His wrongful conviction, sentencing, and a decade of injustices have been exposed and well-documented by international human rights and press freedom groups.

The 2012 Committee to Protect Journalists special report, written by Muzaffar Suleymanov, one of the authors of this op-ed, highlighted procedural violations in Askarov's case, allegations of his torture, and the astonishing lack of evidence that the Kyrgyz courts have ignored when sentencing him to life in jail.

In March 2016, the UN Human Rights Committee published its own review of the case and concluded that he was likely tortured in custody, that he was subject to an arbitrary arrest, that his treatment was inhumane, and that his trial was not fair.

Based on their findings, the UN experts urged the Kyrgyz government to "take appropriate steps to immediately release the author; quash the author's conviction and, if necessary, conduct a new trial, in accordance with the principles of fair hearings, presumption of innocence and other procedural safeguards; and provide the author with adequate compensation."

As a signatory to the International Covenant for Civic and Political Rights, Kyrgyzstan was obliged to fully implement the ruling.

To ensure this, we in the human rights community repeatedly called on Kyrgyzstan to fulfil its obligations; meanwhile, Askarov and his lawyers sought help from the national courts. But to this day, the Kyrgyz government remains deaf and non-compliant.

Instead of freeing him, the Kyrgyz authorities amended the constitution to remove a clause that enabled citizens to seek redress for abuses before international courts. They also tore up a bilateral agreement with the US after the Department of State presented Askarov with an award.

Although Kyrgyzstan agreed to retry the case, judges left Askarov in jail after ignoring the evidence provided by his defence lawyers. His appeals were rejected, including by Kyrgyzstan's Supreme Court on 13 May, 2020.

Askarov did not give up: in parallel to appealing his unjust verdict, he sued the government for non-compliance with the UN committee's ruling.

Although a Bishkek court admitted his lawsuit and scheduled hearings of the case for early 2020, the judges declared the lawsuit as inadmissible and the case was dropped, even though it had already been registered in their system. His lawyers filed an appeal, but a Bishkek court ruled on 20 August that the Kyrgyz government cannot be held accountable for failing to comply with its obligations.

Askarov's cruel treatment – from beatings during his arrest and trial in 2010 to the decade of humiliation and injustices he had to face from the courts at all levels –lasted up until his death in jail.

Although Askarov's family flagged a concern that he had a high fever, breathing difficulties, and pain all over his body – all symptoms of COVID-19 – prison authorities declared he was fine and told the media that he had refused to receive treatment.

They continued to spread disinformation about his health status up until the day of his death.

Askarov's death in jail should prompt serious questions about judicial and rule of law reforms in Kyrgyzstan funded by taxpayers through USAID and EU grants.

Can we trust the nation whose judicial system fails to deliver justice, and whose government does not have a political will to enforce the rule of law?

And should the nation that failed its human rights commitments be granted a preferential trade status that Kyrgyzstan has been seeking from the EU?

It is important that EU officials take a firm step to demand accountability for Azimjon. They should insist that Kyrgyzstan fulfils all relevant demands from the UN Human Rights Committee's ruling.

They should also demand that Kyrgyzstan brings to account those responsible for his wrongful arrest, torture, sentencing, and other violations. Only the unconditional fulfilment of these demands would ensure that Askarov's fate isn't repeated.

Azimjon died before he could see justice, but we need to see it happen. It is now important that we continue voicing his name and his case at any forums that Kyrgyz authorities attend.

We need to make sure that his family knows that they are not alone, that we did not forget about Azimjon, and that we will do our utmost to clear his name and hold those responsible for his cruel treatment and death to account.