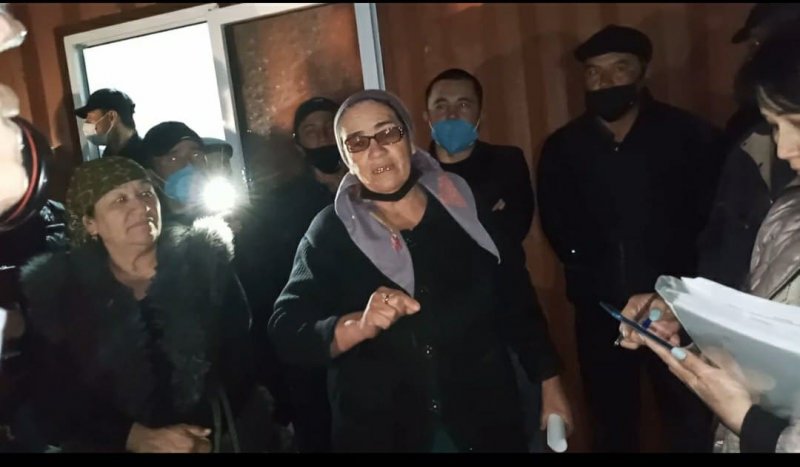 The much heralded privatisation of the Central Asian state’s cotton sector has led to claims of exploitation. But workers are fighting back

When 200 Indorama Agro workers banded together under the leadership of a local woman to form Uzbekistan’s newest independent union last month, it was a pivotal moment.

“For us, the union has become the only opportunity to improve our situation,” one worker told openDemocracy. “We are not against foreign companies or investors or government institutions, we just want the rights of workers to be guaranteed and protected, that is it!”

Though this moment passed all too quickly after the union’s independence was essentially quashed, this news brought international attention to the rot in this Central Asian state, now in its fifth year of post-Karimov rule. For local farmers and workers, the rot has grown deeper since President Shavkat Mirziyoyev signed a decree to shift cotton production from state control to private clusters in March last year.

Still, far from the capital of Tashkent, a single woman, Roza Agaydarova, managed to bring the plight of her fellow workers to international attention by forming a union.

The last known attempt to initiate an independent trade union in Uzbekistan in 2014, under the repressive rule of Islam Karimov, ended in the imprisonment of its activists. Although one of them, Fahriddin Tillayev, was later released, another, Nuraddin Jumaniyazov, tragically died in prison in 2016.

Since the ascension of Shavkat Mirziyoyev to the Uzbekistani presidency in 2016, the country has pursued several reforms designed to modernise the state and business environment, including agriculture, and make some kind of public life possible.

Yet the quick shutdown of this latest attempt at independent unionisation amid the broader economic context suggests the “new” Uzbekistan hasn’t changed much.

Labour remains marginalised in the country thanks to the subordination of national trade unions and state repression. Privatisation had been billed as a way to cut back on forced and child labour in the sector (Uzbekistan has been under an international cotton boycott for many years), and allow for the development of higher value textile industries.

Indeed, the shift led the International Labour Organization to claim in a January 2021 report that “systematic child labour has been eradicated and child labour is no longer a major concern”. At present, a total of 96 private companies control 907,783 hectares of cotton fields in the country.

However, watchdogs found that the acquisitions have led to land grabs from farmers, the rise of monopolies because farmers are obliged to sell to the private operator running a ‘cluster’ - value-added cotton production centres - in their locality, as well as reprisals against staff for voicing complaints.

The Uzbekistani state benefits from the cluster system as it attracts foreign direct investment – big business can bring in additional investment, such as loans from the European Bank for Reconstruction and Development and the World Bank’s International Finance Corporation, and the government gets to hand over responsibility for labour rights to the private sector.

The saga surrounding Indorama Agro – an agribusiness that is part of the Singapore-based chemical holding giant, Indorama – and its workers provide an illustration of Uzbekistan’s new cotton cluster system in action.

Land acquisition has enabled the company to build a monopoly and control the entire production chain. Indorama has a plant in Kokand, which produces fertilisers and chemicals for agricultural needs, as well as a textile factory and cotton fields in the Syrdarya and Kashkadarya regions.

FE Indorama Agro LLC is among the major cotton farms in Uzbekistan, controlling almost 100,000 hectares of agricultural land. A report from March last year stated that the company employed about 3,200 people in cotton production.

It’s unclear whether the new cluster system has led to improvements for workers. Many employees operate on seasonal contracts, which exclude social benefits. This is why Rosa Agaydarova, an accountant at Indorama Agro, moved to found the Xalq Birligi (People’s Unity) union last month.

Agaydarova has accused Indorama Agro of consistently violating workers’ rights through poor working conditions, low wages and gender segregation. Founding the union was a bold grassroots move to try to regain some control in a sector that has traditionally been tightly managed by state officials, both at local and national level, and now by international commerce.

One employee, on the condition of anonymity, described conditions at Indorama Agro: “Seasonal workers are especially vulnerable, both women and men – no healthcare service, low pay and no paid vacation. In general, people did not understand the benefits they can get from a membership [in an indepedent union].

“Workers were unaware of their labour rights and their legal literacy was extremely low. But when [our union] was initiated, the workers did not doubt: many were tired and could no longer tolerate extremely poor working conditions, low wages, disrespect and humiliation from managers and foreign staff any more.”

Before founding the union, Agaydarova came to attention when she won a legal suit against Indorama Agro for illegally firing her, at a time when conflicts between management and workers regarding the use of precarious seasonal contracts and gender inequality were coming to the surface.

Although the emerging union gained wide international support, it faced triple resistance during its initiation: from the company itself, the district administration and law enforcement institutions, as well as the local trade union, which is a member of the Federation of Trade Unions of Uzbekistan (FTUU). The FTUU is an umbrella organisation for all existing sectoral and territorial unions in the country.

On top of this, thousands of jobs in the Syrdarya region were under pressure after the region suffered from a cataclysmic dam burst. In January, more than 100 local workers were fired in the nearby Kashkadarya region as a result of the tragedy.

“When the union was initiated, the company became very aggressive against us,” the Indorama employee said. “Managers used psychological pressure, humiliated and threatened employees with being fired. Representatives of the government trade union [e.g. a FTUU member organisation], in turn, lobbied and said that the workers will benefit from joining the government trade union, as they already have various resources [material and human] to help the workers.”

Legislation may suggest trade unions are independent, but in practice the FTUU group controls them all, and FTUU in itself is under state control

In a comment to openDemocracy, Indorama Agro said that it “does not intervene with internal administrative matters of its trade unions,” and that harassment cases had not been raised with them. The company earlier stated that it “respects the rights of its workers to form [a] trade union within the regulatory framework of the country and the ILO Conventions ratified by Uzbekistan”.

Despite international media coverage and support, the union’s independence did not last long and it was reported that shortly after the formation of Xalq Birligi was announced, it joined FTUU.

Legislation may suggest that trade unions are independent from the state, but in practice the FTUU controls all trade unions in Uzbekistan and itself is under the complete control of the state. Indeed, the FTUU minimises its intervention into the institutional framework of the country. For instance, the most powerful instrument of workers, the right to strike, remains unregulated in current legislation.

The state effectively controls the FTUU by designating its personnel and allocating its financial resources. And in return, the state’s extensive network of financial and human resources enables the FTUU to monopolise labour issues in Uzbekistan, quickly dealing with any emerging competitor at the national scale.

The extent of the close relationship between the FTUU and the government was clear to see last year when President Mirziyoyev appointed 13 new senators, among them the current FTUU leader, Kudratulla Rafikov.

Although Uzbekistan’s law on trade unions provides many rights, it does not explain the registration procedure for trade unions, referring instead to two other legal documents, specifically the Law on Public Associations and Law on NGOs.

Support for labour rights at the national scale is vital for real change to take hold in Uzbekistan. However, despite the union’s launch being picked up by international media and organisations, none of the local mainstream media reported on it.

The Adolat political party, which positions itself as a labour party, did not publish a single word on Xalq Birligi or the alleged violation of labour rights at Indorama Agro. Unfortunately, Uzbekistan’s first independent labour union did not find the support it needed at home.

The case of Indorama Agro reveals two facets of public life in Uzbekistan. On the one hand, global capital is mobile and has powerful allies, like the World Bank group and EBRD. On the other, labour remains marginalised, particularly at the national scale.

Control over labour unions enables a flourishing environment for business to benefit from cheap labour and natural resources. At the same time, underrepresentation of independent labour unions minimises interventions into state policy and national legislation.

Yet, some hope remains. Despite the numerous barriers, there is one essential power in this country – labour. Current legislation permits the power of working people to become incorporated in an organisation. This requires education, legal literacy, domestic and international support and – as Agaydarova and the workers at Indorama Agro showed – a whole lot of energy and nerve.