In a recent interview with Voice of America, Azizbek Madaminov, head of the NGO department at the Ministry of Justice of Uzbekistan, claimed that the denial of registration of NGOs was due only to the failure of applications to comply with the country’s legal norms and that citizens can appeal to the courts if they are dissatisfied with the ministry’s decision or handling of the application. He claimed that no complaints had been filed with the courts in the past two years.  It is worth noting however, that resolving a dispute in an Uzbek court – the independence of which remains highly questionable – is another costly, complex process that most citizens cannot afford. 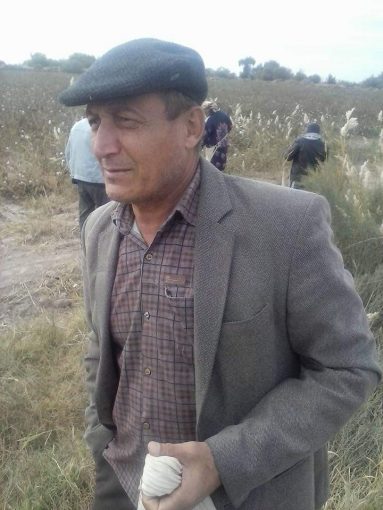 Azimbay Ataniyazov, a human rights activist from Karakalpakstan, who was awarded official expert status by the Ministry of Labor to monitor labor rights violations during the 2020 cotton harvest, has spent over 18 months trying to register the human rights NGO, Akbaskur.

Akbaskur, formerly known as Chiroq, was established by Ataniyazov and 11 residents of Karakalpakstan on December 1, 2019 in response to statements by the President of Uzbekistan and other high-ranking officials about the need for freedom of speech and the importance of civil society in the country.

Almost a year and a half after the activists’ first meeting, Ataniyazov describes the obstacles he has faced gathering the documents required by Uzbek law to register Akbaskur.

“My experience has shown how complicated, contradictory and illogical the process of NGO registration in Uzbekistan is. The registration procedure is designed to artificially reduce the number of independent organizations in the country and to discourage people from engaging in public activities.

The obstacles began on the day of the first founding meeting on December 1, 2019.  A conference room that had been booked in a hotel in Nukus one month before was suddenly cancelled on the pretext that a meeting of the city administration would be held in the same room. By happy coincidence, another hotel on the same street was found and the meeting to adopt the charter and establish Chiroq went ahead.

For the next month I collected documents to submit to the Ministry of Justice of Karakalpakstan. The difficulty in collecting documents lies in the inconsistency of legislative norms regulating the process of registration of NGOs. According to the appendix in the decree No. 57 of the Cabinet of Ministers of Uzbekistan of March 10, 2014, it is necessary to provide a list of founding members with their signatures, indicating the full names, dates of birth and place of residence. The document states that “The signatures and information shall be certified at the place of residence, work, study or military service of the signatory.”

Ataniyazov says that obtaining confirmation of the personal information of the founders from their place of work or residence proved to be extremely difficult. The chairmen of the mahallas (neighborhood councils), which until January 1, 2020 issued certificates of residence, are now officials of the district administrations, were very suspicious of the fact that a resident of their mahalla (neighborhood) was the founder of a human rights organization.

“They treated my request to confirm the data of a resident of their mahalla as if this person was going to participate in some improper business. Mahalla leaders were also surprised that I still needed their confirmation, because the founders‘ passport details also have to be submitted. Passports already contain the place of residence of the passport holder and can be easily checked in the state register.

I had to go repeatedly and convince the mahalla chairmen that, according to the Cabinet of Ministers’ decree, they had to stamp and certify the founding members’ data. I finally gathered all the necessary confirmations and submitted the package of documents to the Ministry of Justice for the first time on December 23, 2020.”

The first refusal from the Ministry of Justice was received on January 9, 2020. The letter stated that registration had been denied due to several spelling errors. However, the entire package of documents which had been gathered with great difficulty, was not returned.

By that time, another decree, this time a presidential decree, had come into effect which was ostensibly designed to reduce bureaucratic barriers. The decree states that from January 1, 2020, state agencies no longer require ‘citizens’ self-governing bodies’ (mahallas/neighborhood councils) to submit 28 types of documents, including certificates of residence. However, the two decrees appear to contradict each other. One the one hand, the presidential decree states that mahallas no longer need to confirm places of residences, while the cabinet of ministers decree says the opposite.

“I still had to collect confirmation of addresses of the founding members from the mahalla leaders, but now they refused to confirm them by referring to the presidential decree which states that mahallas are no longer required to provide confirmation of residence.

On February 28, 2020, I submitted the package of documents for the second time, this time without confirmation of addresses because the presidential decree actually cancelled this requirement of mahalla chairmen. Since the Ministry of Justice pointed out only a few grammatical errors, I naturally thought that these were the only shortcomings they had found in the package of documents.

In a letter from the Ministry of Justice of Karakalpakstan on March 27, 2020, registration was again refused. This time, the Ministry of Justice pointed to new mistakes in the charter, half of which were groundless according to an independent lawyer. The letter also stated that the addresses of founding members had not been confirmed at their place of residence or work.

At the time, there was information that a new NGO code was being developed to liberalize the registration process so we waited for the new procedure to be introduced hoping the new rules would save me from collecting the documents all over again. However, until today the new NGO code has still not been adopted.

On February 27, 2021, we held a meeting of founding members during which we adopted an amended charter and changed the name from Chiroq to Akbaskur to avoid association with another organization in Karakalpakstan with a similar name. 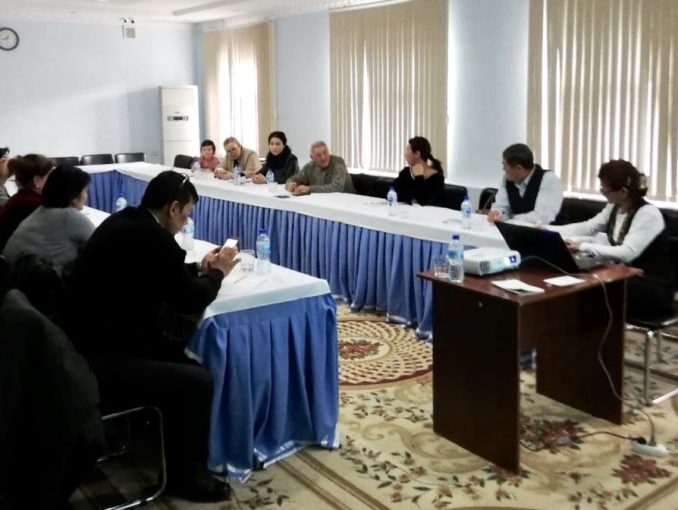 Since the Ministry of Justice refused to return the originally submitted package of documents, I again had to go to each mahalla committee in Ellikalla, Turtkul and Amudarya districts, where the founding members of Akbaskur live, for the third time and persuade officials to confirm their addresses.

Again, mahalla chairmen were surprised at my request for confirmation of residence and again refused to do so, referring to the new presidential decree. This meant I had to return to each district with the decision of the Cabinet of Ministers, which is still in force and which requires me to obtain confirmation of the addresses of the founding members from their place of residence.

I was sent to different departments for this confirmation: to the agency of public services, to the hokimiyat (local administration), and to the department that issues passports. Everywhere I went, I was met with incomprehension and refusal.

Two of the founding members of Akbaskur work in a secondary school and I tried to get their addresses confirmed by the school principals. I was refused. In one case, the principal said that after consulting with a lawyer she came to the conclusion that her confirmation could somehow negatively affect her career. I tried to say that times have now changed and that President Mirziyoyev now speaks at the UN Human Rights Council. All this was useless.

Because documents must be submitted to the Ministry of Justice no later than one month from the date of the constituent assembly, that deadline expired on March 27, 2021 and I was still unable to collect the remaining two confirmations of addresses from the mahalla chairmen.

During the last month spent collecting signatures, I heard a number of unpleasant things about myself. For example, at one of the meetings with mahalla chairmen in Turtkul, an official at the hokimiyat warned them to be careful of me, that I am a dangerous person because I cooperate with foreign organizations and I allegedly served 10 years in prison. I am almost 60 years old and I have never been charged with criminal or administrative offences.

Neither I nor any other founders of Akbaskur are ‘dangerous’. Our decision to create an NGO was to act in the public good and address the concerns of the people of Karakalpakstan. Perhaps the only thing that distinguishes us from other compatriots is our belief that the country’s ability to develop will be strengthened when its citizens are fully involved in public life.

I will soon again submit documents for registration to the Ministry of Justice for the third, and hopefully the last time. There can be no excuse for yet another rejection, other than the willful attempt by the Uzbek authorities to silence civil society voices.