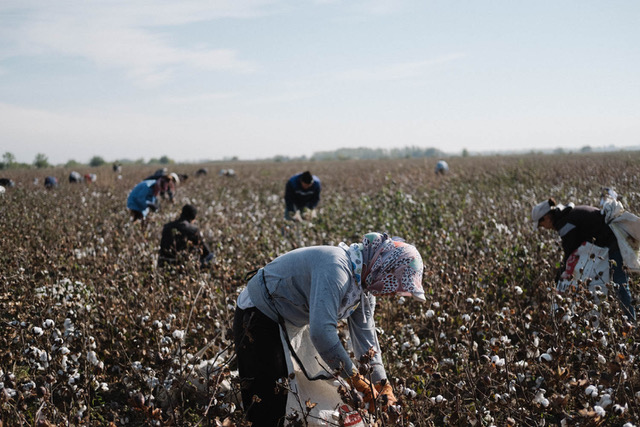 The report, “Tashkent’s Reforms Have Not Yet Reached Us” – Unfinished Work in the Fight Against Forced Labor in Uzbekistan’s 2019 Cotton Harvest”, is based on 111 in-depth interviews with people involved in the cotton harvest as well as hundreds of brief interviews, field visits, and farm-level monitoring in six of Uzbekistan’s regions. The report also includes data and analysis from a nation-wide online survey to assess participation and conditions in the harvest, conducted in partnership with the Solidarity Center and RIWI Corp., a public polling/research firm.

“The 2020 harvest shows that the reform process is taking hold and also that significant problems remain. The task now is to tackle these problems head on,” said Umida Niyazova executive director of Uzbek Forum. “Civil society has a key role to play in problem-solving as well as reporting on forced labor and it is far past time to ensure civil society freedoms are protected.”

Documentary and witness testimonies collected by Uzbek Forum monitors showed the continued involvement of the central government in the mobilization of citizens to pick cotton, including people working in mid-level level civil servant positions, such as employees of banks, local administrations and government agencies, as well as firefighters, police, and some medical and educational personnel, particularly in later stages of the harvest and in lower-population regions. Officials continued to issue orders to district officials, tax departments and entrepreneurs to mobilize people to pick cotton.

In interviews, employees of state and privately-owned enterprises consistently reported that they could not refuse to pick cotton when told to do so by government officials or their employers for fear of dismissal or other job-related consequences. Similarly, around half of respondents in the online harvest survey said that they could not refuse when asked by employers or government officials to go to the fields or pay for a replacement picker. This testimony underscores the pressing need to establish effective recruitment systems free from interference or coercion by the government or the authorities.

The report also documents that the pace of reform on civil society freedoms—especially the freedom of citizens to form civic associations such as nongovernmental organizations (NGOs) and independent trade unions—has lagged far behind the pace of reforms in other key areas. Although the government often showcases its cooperation with independent civic activists in monitoring the cotton harvest, only one independent human rights NGO has successfully obtained registration since President Shavkat Mirziyoyev came to power. Several others have had their applications to register repeatedly rejected for minor mistakes under Uzbekistan’s burdensome registration procedures. The report highlights the case of Chiroq, a labor and human rights NGO in Karakalpakstan, which has twice had its registration application rejected. In February, members of Chiroq were subjected to harassment, intimidation, and arbitrary detention to prevent them from meeting with members of a visiting Cotton Campaign delegation. In a recent troubling incident on June 8, four human rights defenders were arbitrarily detained while monitoring child labor in cotton weeding in the Namangan region. The activists were forcibly tested for Covid-19 and placed under police-supervised quarantine, an action that appeared intended to limit their monitoring, not protect public health.

“Independent NGOs, unions, and civic activists have a central role to play in the reform process in promoting transparency and accountability,” said Rudy Porter, Europe and Central Asia director for the Solidarity Center. “There is a pressing need to guarantee basic civic freedoms to empower activists to conduct independent monitoring and ensure labor practices are in line with international standards.”

“The development of a free and vibrant civil society will help promote transparency and accountability—and in turn create a climate for responsible investment,” said Bennett Freeman, Cotton Campaign co-founder. “We are committed to continuing our work with the Uzbek government to seek solutions that could allow for responsible investors and retailers to confidently source cotton from Uzbekistan. Companies have zero-tolerance policies for forced labor and must have assurances that their supply chains in Uzbekistan are transparent and have robust, independent monitoring.”

As Uzbekistan looks to expand its textile production capacity to create much-needed jobs and access new markets in Europe and the U.S., it must urgently address critical policy gaps to root out remaining forced labor. These include effective accountability measures for perpetrators of forced labor that go up the chain of command, ethical recruitment channels for pickers free from government influence, and measures to empower farmers.

The Cotton Campaign has engaged with the Uzbek government, brands, global labor unions, and other stakeholders to develop solutions that would allow for responsible sourcing of Uzbek cotton while ensuring transparency, monitoring, and remediation of labor abuses. However, the arbitrary detention of human rights defenders while monitoring the cotton fields undermines these efforts and raises concerns around the ability to carry out independent monitoring, essential to developing the confidence of international brands and retailers.

Uzbek Forum is a Berlin-based NGO dedicated to improving the human rights situation in Uzbekistan and strengthening and promoting civil society.

The Solidarity Center is the largest U.S.-based international worker rights organization helping workers attain safe and healthy workplaces, family-supporting wages, dignity on the job and greater equity at work and in their community.