WILL INDORAMA AGRO STAND IN THE WAY OF UZBEKISTAN’S FIRST INDEPENDENT TRADE UNION? 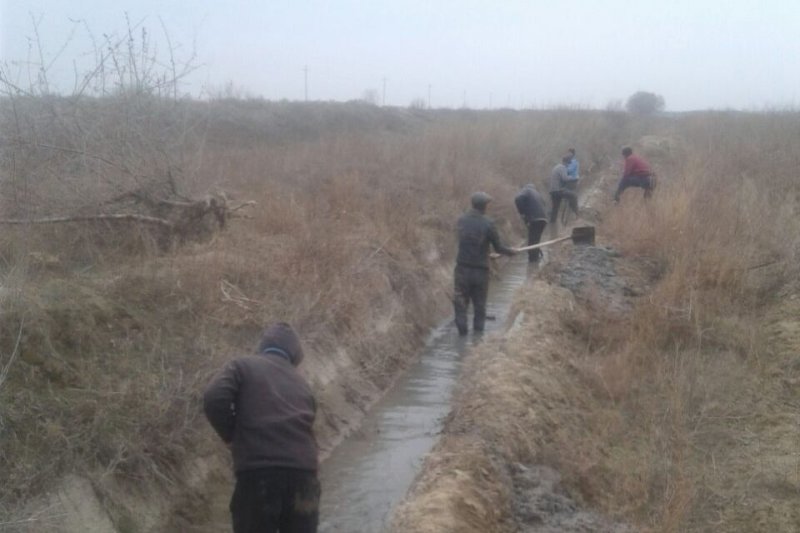 The privatization of Uzbekistan’s cotton sector has exposed how workers are deprived of the fundamental right to freedom of association.

Uzbekistan’s cotton sector has seen an array of corporate actors enter the market to replace the state’s Soviet-style command system of cotton production. One of them is Indorama LLC, a global conglomerate headquartered in Singapore with operations around the world ranging from fertilizer production, recycling facilities, chemicals, cotton production and manufacture of textile goods. The company has operated in Uzbekistan since 2010 and was the subject of an official complaint submitted by a group of civil society activists in 2016 for the existence of forced labor in the supply chain of its Indorama Kokand Textile spinning facility.

During the 2020 harvest, monitors for Uzbek Forum for Human Rights confirmed the absence of forced labor on Indorama operated farms for the first time in ten years of monitoring. This was a landmark moment for the company that should have proved it was capable of implementing good governance and a strong code of conduct. However, no sooner had the harvest finished, events at Indorama Agro, the cotton production arm of the company in Uzbekistan, exposed a culture of abject disregard for workers’ rights.

In August 2018, Indorama, regarded by the Uzbek government as a major investor, was given 40,000 hectares of irrigated land in four districts of the country to “organize modern cotton-textile production”. In return, according to a government decree, Indorama committed to attracting $340 million worth of direct investment by 2023 to grow cotton and other products, as well as organize advanced processing of raw cotton and cotton yarn production. Indorama signed an investment agreement with the state in which it committed to create at least 1,500 jobs and ensure the production of raw cotton according to Better Cotton Initiative (BCI) standards with the involvement of world brands for the production of textile products.

The Uzbek government did its part by confiscating land from farmers in Kashkadarya and Syrdarya regions and transferring it to Indorama via ‘voluntary’ land lease terminations, releasing both company and government from the obligation to compensate farmers for loss of land and income. Some of the farmers who lost their land and with it, their means of livelihood, were invited to work for Indorama as agricultural workers.

Indorama’s activities in Syrdarya and Kashkadarya are having a profound effect on rural communities. Along with the land, people have lost the opportunity to plant food, graze cattle, and harvest cotton stalks traditionally used to heat their homes, which have long lacked heating systems. An already impoverished rural population is now desperate.

Many farmers who transferred their land to Indorama via ‘voluntary’ land lease terminations without compensation say they are now worse off than they were when they produced cotton for the state. They complain of low wages, temporary contracts without sick pay or pensions, poor working conditions and unpaid overtime.

Uzbek Forum obtained a letter of complaint signed by 47 employees of Indorama in Akaltyn district in Syrdarya region which was sent to the hokim (local governor), Dilmurod Fozilov, expressing their concern at the company’s intention to impose further job cuts. The employees described difficult working conditions, refusal by the company to permit labor leave, coercion to perform tasks outside their duties, and harsh working conditions for meager wages. Employees say they were told by Indorama management that if they didn’t like it, they should quit.

Indorama issues its agricultural workers, who work all year round, with “civil legal agreements”, as opposed to employment contracts. They are thus considered seasonal and not permanent workers which means that they have no entitlement to social protections such as sick pay, social benefits or holiday pay.

Following numerous complaints by workers, the prosecutor’s office responded by ordering the Labor Inspectorate to conduct an inspection at the company. A surprising response from the Akaltyn district Employment Support Center from January 22, 2021 states that Indorama failed to provide labor contracts for inspection upon request, and that labor inspectors were therefore unable to determine whether the contracts complied with Uzbekistan’s Labor Code.

Discontent of Indorama workers has been mounting over the past two years and has been recently reported in the media. In December 2020, Indorama fired almost all of its workers, some of whom had worked there for 30 years, at a cotton ginnery in Kasbi in Kashkadarya region. The firings resulted in protests by over 100 workers in front of the company’s offices and videos of the protests showing outraged workers demanding to speak to company management circulated on social media.

However, why create better working conditions when Indorama, a major investor, is in such a privileged position in Uzbekistan?

Violations of labor rights in Uzbekistan are sadly commonplace, but the case of Indorama is taking on a new dimension, reflective of the changing economic arrangements in the agriculture sector. Indorama workers, whose voices go unheard by both the government and the company, decided that the only option left to defend their rights was by forming a union. On February 24, in response to threats of further job cuts, about 300 Indorama workers held a spontaneous meeting where they announced the establishment of a trade union and elected Roza Agaydorova as their leader.

Agaydorova is employed as an accountant with Indorama and had previously raised issues of possible corruption and violations of workers’ rights. Shortly after, she was fired in December 2020 but was reinstated after a court found that her dismissal was unfair on January 21.

Indorama was forced to uphold the court order but since her reinstatement, she has been the subject of continued harassment, humiliation and bullying by Indorama management, making her daily work life unbearable. For a period, she was given no work to do but forced to sit at her desk all day.

Indorama’s response to the initiative of workers in the Syrdarya region to create an independent trade union came immediately. On February 15, General Director of Indorama Agro, Deepak Reina, issued a disciplinary order on February 8 to “reprimand” Agaydorova, “for being irresponsible in her duties and absent at work without a reason”.  A lawyer for Indorama told Agaydorova that the company already had one trade union and would not recognize another one.

Indeed, in May 2020, a workers’ union was established at Indorama in Kashkadarya region, 400 km away from Syrdarya. However, the union appears to have been notably absent when protests raged outside Indorama office buildings following the dismissal of workers in Kasbi in December. In fact, the union’s activities were so invisible that some workers only learned of its existence after discovering that 1% of their salary was withheld as a membership fee.

“I did not write an application for membership in the union. I did not agree to pay the membership fee and asked to have the money withheld from my salary returned to me,” an employee of Indorama in the Nishan district of Kashkadarya region wrote to Uzbek Forum.

Indorama is in receipt of millions of dollars in loans from international financial institutions including the European Bank for Reconstruction and Development (EBRD) and the International Finance Corporation (IFC). The loans are intended to modernize Uzbekistan’s anachronistic cotton sector and increase labor productivity and wages. Uzbek Forum had already alerted Indorama, EBRD and IFC to workers’ rights violations in December 2020 and in further meetings with the Executive Directors of four EBRD national offices and the Environment and Social Department of EBRD in January and February.

Nonetheless, responses from Indorama do not convey the necessity to change anything in their policies. Indeed, communications from Indorama management expose an air of impunity which may perhaps be explained by the decision of EBRD on February 10 to approve its latest $70 million loan to the company, despite full knowledge of the serious nature of well documented rights violations.

Against this backdrop, and in light of urgently needed reassurances for brands and retailers considering re-entering Uzbekistan to source cotton without violating human rights, Indorama now has a unique and timely opportunity to redeem itself. A start would be to respect the rights of its workers in Syrdarya to form an independent union, and stop all efforts to intimidate, coerce, or interfere with workers who seek to exercise these rights.

In the event that Indorama stifles this nascent independent worker-initiated movement, it will go down in the history of modern Uzbekistan as a grave betrayal of Uzbek citizens’ right to freedom of association.